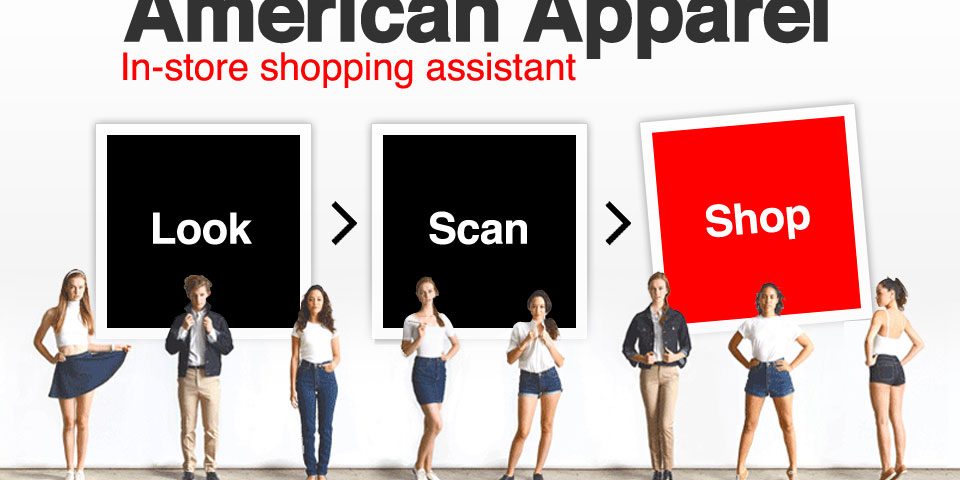 Augmented reality is the process of integrating the digital information to the users in the real-time environment. It’s different process than virtual reality, which creates a fully artificial environment because augmented reality uses the existing real-time environment by overlaying the new information on top of it.Augmented reality (AR) was developed in recent years for the retail industry as new technological innovation. AR made its explosive entrance into the retail market recent years when Pokemon Go took the world by storm. Retailers have been looking for ways to capitalize on the emerging technology and now, these efforts are coming to fruition.

The technology is advancing in rapid phase in recent years, similarly, the retailers and marketers are doing their best to keep updated with newer techniques to bring in more sales. Making new tech innovations to provide the best shopping experience to customers is key to success in the retail industry. One such technological advancement which has risen to the top later in the retail industry is augmented reality, but not everyone is clear about what augmented reality is about so I will be explaining some crucial points about Augmented Reality in this article.

Augmented reality (AR) is the cousin of virtual reality (VR). Both these technologies use natural, instinctive motions which are presented to the user with a computer-generated environment that can be manipulated and interacted.Best example would be turning your head to rotate the view rather than moving the mouse.

There are few differences between these two technologies.

In Virtual Reality, the user shall be offered a headset which completely blocks user from viewing real world.However, the user can use the headset from the room at the house after being transported far from the city.

The concepts of AR and VR have been in use around for the several years, Recent development of science in novel fictions makes AR an extremely exciting prospect for marketing and education in the retail world.

The main advantage of AR is user need not have any specialized hardware even though AR headset such as Microsoft HoloLens is existing into the market.Few more examples would be A smartphone app can be used as the gateway for the augmented reality shopping, or any unobtrusive equipment located in a brick-and-mortar store.

Augmented Reality is a very exciting technology, many applications for augmented reality in retail can be imagined. In today’s tough and competitive world, it’s crucial to explore every possible option for capturing the attention and loyalty of the customers.

BENEFITS OF AR IN RETAIL INDUSTRY

Augmented reality is technology which benefits both the customers and retailers. By using AR, a brand will be able to give its customers a more personalized experience. Because in AR Customers will be able to see how a product will look from their own home rather viewing the product from the catalog. Customers will also be able to try out all these products before purchasing them which makes it easy for the customers to shop comfortably from their home, this technology is very beneficial for people who can’t leave the house.

AR is technology which benefits the retailer in several ways, first by boosting the sales and helping retailers by providing customer service and displaying products at cost-effective prices. The best example for this would be, Yihaodian AR, one of the largest grocery store in China, which opened up virtual stores at several locations around the country without spending the money on real estate. In this procedure, The customer will go to the location such as parking lot, playground and uses the app to navigate through “aisles” and which also provide options to customers to add products to their cart. Which also saves retailers the money used to employ sales associates.

EXAMPLES OF AR IN RETAIL INDUSTRY

So You should have known by this time how Augmented Reality Shopping will improve and transform your retail business. For more inspiration check out our few examples given below about AR Shopping Experiences.

Warby Parker, is the well-known brand name in online eyewear shopping, was known leaders among using augmented reality for retail industry. The virtual PD measurement tool developed by them is simple yet effective, so anyone can use it without the need for any expensive equipment at their home.

Many eyeglass retailers, including FramesDirect, are offering the option to virtually try on glasses using the online software on their website. In this users shall be able to upload a photo, and software will load any available glasses in a matter of seconds. The major difficulty is trying the frames in an online shopping environment, however, AR solves it easily.

Warby Parker developed their own version of augmented reality software try on’s from which they took things a step further. The Warby Parker now uses AR to fine-tune the lenses for their prescription glasses. In this Shoppers will be able to use their webcam to upload a photo of themselves by holding a credit card up to their face. Generally, every credit cards are of a standard size, which helps Warby Parker to use the photo uploaded by users in calculating the pupillary distance of the shopper and the distance between their eyes.

Sneaker stalwart Converse Shoes had the same idea of harnessing augmented reality for their retail store, so later they upgraded their technology even more. Developed the Converse Shoe Sampler shopping app, so the customers using the shopping app would be able to search for the perfect shoe from the comfort of their own home without sacrificing the real-time try-on experience.

Shoppers will be able to sit on their chair or on the couch, by pointing their smartphone down at their foot. Then the Shoe Sampler will provide series of footwear for the selection and superimpose them on the camera image. Shoppers will be looking through the screen of their smartphone, will be able to understand how the shoe will look on their foot when they want to wear it.

Augmented reality in retail industry generally has the “wow” factor among shoppers and Converse made it reaches the number of shoppers by integrating social share features into the app. In this app, Customers will be able to save the photos of the virtual shoe try-on and share those photos on social platforms among groups, family, and friends. Bringing in natural inclination so shoppers can interact with their friends for advice regarding fashion itself is great marketing for the app also the very good funnel for marketing of the shoes.

One of the famous furniture stores that have been using augmented reality to turn a customer’s home into a shopping center is IKEA. The main goal of these furniture retail store is helping their customers in figuring out how the products will be fitting into their homes. In the past, furniture sales depended on customers taking measurements of their existing furniture in there home, or hiring the interior designer to help in figuring out what brand furniture to use.

The new IKEA catalog app has been developed with an innovative AR feature that lets customers do their shopping from the comfort of their home, shoppers will be able to know about the fittings of new chairs, sofas, and how to shelves that furniture into their rooms. Considering the printed IKEA catalog as the reference size, the catalog app will load up the 3D image of furniture. Then the users will be able to look into their house through their phone screen and can see all their potential buys sitting in their house, and they will also be able to walk around them to see furniture from different angles.

This app is a wonderful example of both marketing and usability enhancement, and users who have been using this app while shopping have universally reported that this app makes the furniture selection process much comfortable, easier and fun.

Augmented reality in retail stores has been proving its effectiveness in dragging the attention of shoppers by attracting and retaining the customers. Russian clothing retailer Topshop has created an AR fitting room to make the shopping experience more attractive for their customers.

Topshop’s Moscow location with flagship is the outlet with augmented reality kiosk. Here visitors will be able to stand  in front of the structure see themselves just by looking into the mirror. Then shoppers will be able to use hand gestures and virtual buttons so they can try-on clothing onto their image.

Shoppers will be able to place the “fitting room” right in front of them which allows the shoppers and groups of friends and family collaborate with each other to know about thier best look. A shopper will be able to try multiple outfits and see them without removing earlier clothes first.

Also, this technology works easily and seamlessly in such a way no special equipment or training needed for the user. AR has proven very successful for Topshop, and their AR fitting room has been so popular.

American Apparel’s Shopping Assistant app is used to bridge the gap between augmented reality in retail eCommerce and brick-and-mortar as American Apparel noticed all its shoppers were glued with their mobile devices while walking through their stores in excitement.

The Shopping Assistant is similar to other apps which allow shoppers to scan products while they are in the store so shoppers will be able to read reviews, view all the related items, and see all the variants of colors available.The app is very much user-friendly which enables shoppers to recognize products without needing to locate special bar code or any other label.

The blending of eCommerce and brick-and-mortar retail industry is a growing rapidly and has become the trend among customers who are checking out sales, comparing prices and reviewing online. By providing their own branded augmented reality for retail shoppers, American Apparel has successfully displayed an example of benefits of Augmented Reality for enhancement in sales of the products and customer service.

Augmented reality soon will be a need in our everyday lives. There is no question about it. All the multifunctional devices like tablets and smartphones have become common things nowadays. Moreover, cost all of that has been becoming cheaper and cheaper every year. So it is just the matter of time when AR would take the major part of the market.