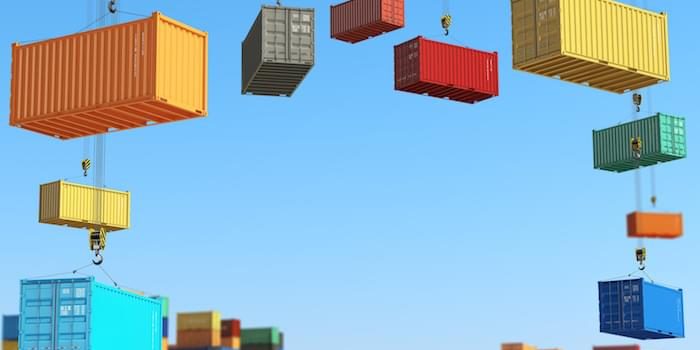 Kubernetes is open source program stored in container developed by Google team and its container-worldview is based on how the technology is developed by Google within their walls in mountain view.  Kubernetes is the useful, scalable and powerful tool which get a lot of clout because of its intricate and overly-complicated system. Pokemon Go app is one of the finest examples of the power of the Kubernetes. Initially, there were troubles however that app is one of the prime examples of the ability of Kubernetes scaling rapidly.

Docker is container storage platform which is very flexible taking usability of the account, which is needed for the consumer-focused product. You will be able to use and access learn Docker for free with community version, you will be able to purchase Enterprise version of the Docker which comes with more features and have their own perks.

As per the Kubernetes website – “Kubernetes is an open-source system for scaling, automating deployment, and management of containerized applications.” Kubernetes was developed by Google by running containers in production using their experience for last 10 years. Below is the picture of Kubernetes architecture diagram following explanation.

The main components present in the Kubernetes cluster are:

As per the Swarm website, Docker Swarm consists all the needed native clustering capabilities to turn a group of several Docker engines into one virtual Docker Engine. Swarm will be making use of the standard Docker API so that the normal docker generates and run the commands which will later be used to launch containers and Swarm which shall take care by selecting an appropriate host in which you can run the container. Several other tools which use the Docker API are Docker Compose, which makes the use of the Swarm without any changes.

Swarm cluster consists of hosts were each host will be running by a Swarm agent and one host shall be running the Swarm manager. The Swarm manager will do scheduling and orchestration of the hosts. Later a Discovery service will be found which will add new hosts to the cluster similar to the other container orchestration. To ensure high availability and failover of a secondary Swarm manager Third-party tools like Consul, ZooKeeper, etcd will be used.

Set Up and Installation

One of the major complaints by users about Kubernetes is that it makes use of different setup depending on the each OS. Kubernetes consists of several online resources which will help you to configure the workspace, however, the building of custom environments needs a lot of googling that breaks from the standard implementation of setting up Kubernetes which needs a lot of planning and all the nodes to be defined earlier before getting started.Later adding manual integrations and installing the Kubernetes will make it feel like a mammoth task.

Docker Swarm will be using the CLI to run the all the portions of the programs.In Docker, you will be only needing to learn one set of tools which is needed to build environments and configurations. Since the swarm program runs on the current Docker there is almost no other setup other than opting them into Swarm beta.This will help you in build the containers using the command as they shall arise in contrast how you can map out the clustering before you begin the process in Kubernetes.

Working in the Two Systems

Kubernetes will be running on the top of the Docker which requires you to know about the command line interface(CLI) specifications for both to access the data over the API. You must be knowing your docker CLI to navigate within the structure and also the supplementary CLI,  kubectl, which help in running the programs. Will you be having several developers running the containers throughout your network? The only thing needed is they must be familiar with Kubernetes CLI if they want to deal with clusters.

Working with Docker Swarm will make you feel much like working with other Docker tools (like compose). You will be using same Docker CLI, here and you will be able to spin up new containers using the single command. The speed and variability of this tool will be along with its easy to use command structure that shall give the Docker the usability edge. Whereas Kubernetes shall make you feel like reinventing the wheel, Docker allows for speed. One of the major detraction from working in Docker is the if you want to perform a function it cannot be based on the current API, You get stuck.

Kubernetes will be supporting the several logging and monitoring versions when the services will be deployed within the cluster:

On the other hand, Docker will be supporting third-party monitoring applications. Dockers generally recommend using  Reimann for monitoring, and the open API which makes connecting with several apps easier. In Docker, logs will be shipped via ELK and over the cluster too.

The size and number of the containers you will be able to spin is used in defining the difference between Kubernetes vs Docker, but the recent release of the docker updates has significantly reduced the gap. Both systems now support about 30,000 containers and 1000 node clusters. Kubernetes is generally somewhat difficult, to begin with, but once it starts running it boasts about 99 percent of API calls which will be responding within one second. Once you spin up those containers, you will be having more flexibility around what you can do with them as well.

Docker which was reported on the independent test of Kubernetes vs. Docker in March 2016. The study describes that the Docker will be able to spin up the same number of containers 5 times faster than Kubernetes. This is possible due to the complexity present largely in the Kubernetes tool.

Kubernetes vs. Docker is not the very easy comparison. As an elitist present in me one who fights for the former customer support agent I would recommend a technology which has more roots and capabilities while other wants just to get things done. In this case, customer support agent will win and I will be recommending Docker as easy to use and installing which reduces learning new commands for a limited bump in capabilities.

If you want to learn more about Kubernetes or Docker and use their power in your business, feel free to give us a shout. t