The sweetest apple has fallen down 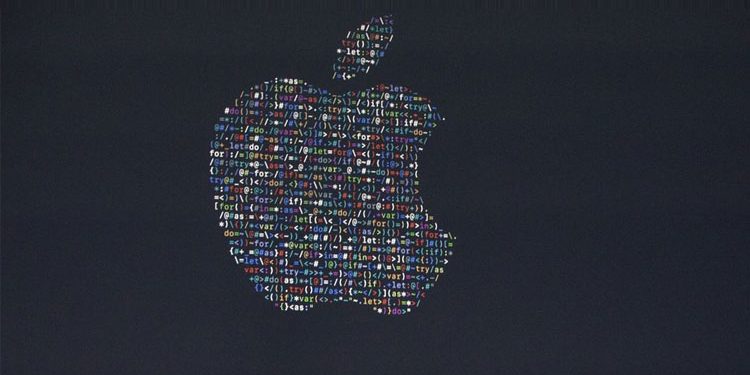 This article is about a person who was not lucky enough to be brought up by his own biological mother .His mother put him for adoption when he was barely one week old, an Armenian family of Paul and Clara jobs brought him up among the orchards that later became the greatest technology hub of the world, the silicon valley .After finishing high school in 1972 he moved on to study in an expensive liberal arts college from where he dropped out after one term. He felt that he had no flair for that course and was just wasting his parents savings. At this point he had limited education and no obvious talents apart from an notorious ability to talk people into things.

He began his summer of 1976 as almost a stranger to personal computing with one of his very devoted friend who was an electronic genius. Wozniac (Woz).could design circuits with fewer chips than anyone, and he enjoyed the challenge. Woz could design computers and our man could create markets. They developed the first Apple computers which was a hobbyist machine in a crude wooden box. It was assembled in Jobs garage and sold for $666.66.By now you would have guessed the man. Steve jobs and Woz brought the Mac into the market that would appeal to ordinary consumers rather than hobbyist, scientist and bussinesmen. Mac was intended to be the first mass market computer based on using a mouse and a graphical user interface. The graphical version of word, excel and powerpoint were all written for the Mac, but the Mac flopped. In 1985 Apple closed half its factories, shed 1200 employees and went into a first quarter loss. Jobs was fired from the company after this at the age of 30.Job said that “I feel like somebody punched me in the stomach and knocked my wind out, I want to have a chance to continue creating things and I know that I have got at least one more great computer in me.

Job set up a new company, NEXT Computers to produce a powerful futuristic Unix workstation for business and higher education users. He also bought the graphics group(later named Pixar) from Lucas films computer graphics division. Taking these two companies forward he struck twice as a salesman, NEXT was bought by Apple for $429 million and Disney Pixar for $ 7.4 billion. Once the deal was closed Jobs became the Walt Disney company’s largest single shareholder with approximately &7% of company’s stock which far exceeded that of the second most share holder who held 1.7% of the stake.

Jobs became the advisor to Amelio who was the then CEO of Apple. In 1997 he staged a board room coup and became the interim CEO of Apple .Turning the company around was not easy, he killed of weak products such as Apple Newton, dramatically simplified the product line and started a process of creating eye catching designs. He made an unprecedented impact on the worlds consumer electronics market with a string of hit products including the iPod media player, iPhone smart phone and iPad tablet computer. In a little over a decade he took Apple from near bankruptcy to being the worlds second most valuable company by market capitalization after the oil giant Exxon with more than $50 bn in the bank. Annual sales soared from $8 bn in 2000 to $65 bn in 2010.

Today it has a market cap of $105 bn placing it ahead of Dell and behind Intel. Its iPod commands 70% of the Mp3 player market.4 billion songs have been purchased from iTunes, iPhone is reshaping the entire wireless industry. Even the underdog Mac operating system has began to nibble into window’s once unassailable dominance; last year its share of US market topped 6%, more than double its portion in 2003.

With respect to public recognition Jobs was awarded the national medal of technology by US president Ronald Reagan in 1984, Jefferson Award for public service, was named the most powerful person in business by Fortune magazine. In 2007 he was inducted into the California Hall of fame. In 2009 Jobs was selected as the most admired entrepreneur among teenagers in a survey by junior achievement and was also named CEO of the decade by Fortune Magazine.

In mid 2004, Jobs announced to his employees that he had been diagnosed with a cancerous tumor in his pancreas. He underwent a pancreaticoduodenectomy which appeared successful. In August 2011, Jobs resigned as CEO of APPLE but remained at the company as chairman of the board. Jobs wrote in his resignation letter, “I have always said if ever came a day when I could longer meet my duties and expectations as APPLES CEO, I would be the first to let u know, unfortunately, the day has come”.

On October 5th 2011, Jobs family made a statement that he “died peacefully today”. Even though Jobs earned only $1 a year as CEO of APPLE, he held 5426 million APPLE shares as well as 138 million shares in Disney. Forbes estimated his net wealth at 8.3 billion in 2010.Jobs is survived by his wife Laurene Powell and their three children Reed, Erin and Eve, by his daughter from a previous relationship and a sister, the novelist Mona Simson.

“Steve was among the greatest of American innovators — brave enough to think differently, bold enough to believe he could change the world, and talented enough to do it. By building one of the planet’s most successful companies from his garage, he exemplified the spirit of American ingenuity. By making computers personal and putting the internet in our pockets, he made the information revolution not only accessible, but intuitive and fun. And by turning his talents to storytelling, he has brought joy to millions of children and grownups alike. Steve was fond of saying that he lived every day like it was his last. Because he did, he transformed our lives, redefined entire industries, and achieved one of the rarest feats in human history: he changed the way each of us sees the world”, the first man on the planet, Barrack Obama.

And what Jobs had to say about his life was that “Remembering that I’ll be dead soon is the most important tool I’ve ever encountered to help me make the big choices in life. Because almost everything – all external expectations, all pride, all fear of embarrassment or failure – these things just fall away in the face of death, leaving only what is truly important. Remembering that you are going to die is the best way I know to avoid the trap of thinking you have something to lose. You are already naked. There is no reason not to follow your heart.”

And to all budding entrepreneurs was that “The problem with the internet start-up craze isn’t that too many people are starting companies; it’s that too many people aren’t sticking with it. That’s somewhat understandable, because there are many moments that are filled with despair and agony, when you have to fire people and cancel things and deal with very difficult situations. That’s when you find out who you are and what your values are.So when these people sell out, even though they get fabulously rich, they’re gypping themselves out of one of the potentially most rewarding experiences of their unfolding lives. Without it, they may never know their values or how to keep their newfound wealth in perspective”.

So friends, the sweetest apple has fallen down. He introduced the iPad, iPhone and the iPad which redefined large areas of three whole industries, music, mobile telephoning and personal computing. Through his animation studio, Pixar and films such as Toy Story, Jobs also helped change the movie industry. Few entrepreneurs like Henry Ford or Conrad Hilton have had a much impact on one.